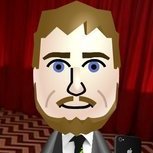 I hesitated a long time before sharing it here... This is Chibi Monster Brawl (CHIBI MONSTER BR4WL), the small game I made for the NESmaker Byte Off competition 2022. Up to 4 players can play t

For the RGC 2022 (vg convention in France), I made a special edition of Chibi Monster Brawl, with custom colors and logo…  Five cartridges was exclusively available for sale during the convention

idk why you hesitated to post this, but I just gave it a quick go and it's a lot of fun! Can't wait to get some friends together for it. Long shot question I'm sure, but do you know if it would w