By BeaIank,
October 9 in Events Archive 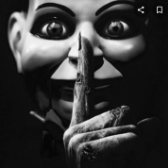 65,100 I and almost every one of my friends had this game and I've never seen this before. Now I'm motivated to beat this damn game. Thanks to the weekly comp!

33,000 on stage 2. Depending on whether I want to play more of it this weekend, this might be it. I've owned Top Gun ever since I was a kid, but I didn't like it much and I wasn't good