My understanding based on responses on steam a couple years ago, is that they do not include the rom with steam releases.  Instead it is packaged into an emulator as a .exe.  However, @IBtiMcan answer 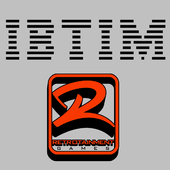 Sorry for the late reply @darkchylde28 but we do not distribute the ROMS. It is a team decision to handle it this way and we apologize if you don't agree with that. We sincerely appreciate your suppor