IPs that didn't start with the NES

By Nintegageo,
August 5 in The Gauntlet 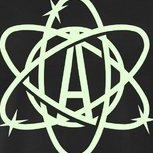