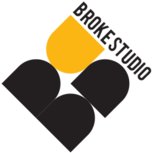 Hello ! We just added 4 new stretch goals to the campaign! The compete update is available here => https://www.kickstarter.com/projects/brokestudio/the-cursed-knight/posts/3487273 In sh

"English swear words have been removed due to some complaints" Can we have a kickstarter level where the curse words get added back in?